Is your next building designing itself?

The algorithms are reshaping your office

We’d all like to think we’re pretty smart. You know what else is smart? Slime mold. It’s true. Scientists have spent years studying some of these most primitive organisms on earth because they are remarkably adaptable, appearing to coordinate behavior and even to ‘learn’ without anything resembling what we think of as consciousness—or even a brain. As companies from pharma to energy strive to develop AI, the source and nature of intelligence is at the forefront of research. In this month’s "On Our Minds…," we take a look at the state of AI, and ponder how one teaches a machine up from down, much less right from wrong.

It’s been over twenty years since Kasparov and Big Blue went mano-a-machino on the chess world stage, but we remember it well. The stunning upset win by IBM’s supercomputer in 1997 announced that the age of Artificial Intelligence (AI) had arrived. Aside from triggering accusations of deception, a la the Mechanical Turk, it was a moment that caused us to question what it means to be human. But then what happened? By this point, shouldn’t we all be living the high life while the computers solve our problems?

Alas, we don’t get off the hook that easily. While the hardware performance of yesteryear’s mainframe is now dwarfed by that of the phone in your pocket, the software side of artificial intelligence has proven more difficult to master. Despite a long history of doomsday proclamations, we probably aren’t on the brink of creating an AI that will wipe out humanity—at least, not by itself. Afterall, the robots are currently too busy writing Harry Potter fan fiction.

While the lack of human judgement is amusing in the context of cat names, it quickly becomes troubling when we look at more serious problems. If AI can make ordinary people and organizations capable of superhuman tasks, it can also create supervillians. Indeed, unscrupulous actors are already applying AI techniques to nefarious ends like political propaganda.

Algorithms, afterall, are only as good as the people who create them, and we are under-investing in the ethics of AI. There is also a range of asymmetry in our investments. If we are not making a conscious effort to do otherwise, we are teaching algorithms all of our own biases. For example, relatively little effort is going toward tools that can perform human tasks and emotional labor that typically fall to women—unsurprising, perhaps, given that a mere 12% of AI researchers are women. This is both an equity issue and a practical one, since we face a critical shortage in people willing to take on work such as a home care.

Again, here, we suffer from a lack of insight into our own behavior. We were captivated by a recent story on NPR, in which several interviewees spoke about their experience caring for loved ones or patients with Alzheimer’s. When faced with the choice of telling the patient a piece of information that would cause needless pain, these people instead chose a pleasant fiction. When it comes to human interaction, is it better to be correct, or to be kind? And how does one decide? The answers to these questions are complex and personal, long before we get to driverless cars. We can’t yet create an ethical automaton because we lack the ability to define our own morality clearly.

The reason AI can’t write a good joke is that researchers still can’t quite explain what makes a person funny. When it comes to workplace, we often say that you can’t have artificial intelligence before you have, well, intelligence. You cannot automate that which you can’t reliably figure out yourself. We don’t yet know as much as we need to about the causality of workplace design and behavior.

For the benefits of AI to be felt in the built environment, we have to start by growing our understanding of the function of space and its impact on humans. Part of the mission of PLASTARC is to blend scientific rigour with our own workplace consulting and design advisory endeavors, contributing to a fuller understanding of architecture-human interaction with each of our projects.

Current mobile technology, self quantification, and building systems offer an enormous opportunity to improve this understanding. Learning the preferences and habits of occupants and then providing what they need through improved information or adjustment of the space itself is a significant step towards a more intelligent environment.

We have now arrived at an exciting moment. Innovative workplaces are beginning to accumulate large amounts of data in their quest to make buildings more responsive. This is also making the possibility of workplace AI more real. Ubiquitous sensors are coming to the physical environment, and the data they are collecting can be analyzed to provide the foundation of AI for workplace.

After losing his match to Big Blue, Kasparov went on to invent a variant of the game dubbed "Advanced Chess", in which each player uses a computer to help them evaluate and winnow the plethora of moves possible at any moment. This combination was found to be capable of beating a computer alone—person plus machine brings the best of both to bear. As we learn to coexist with these algorithms, we’ll eventually arrive at the best solution: the combination of human ingenuity with machine-based insight—augmented, rather than artificial intelligence.

Lest this all seem like so much theoretical chat, let’s talk about where the rubber meets the road: smart office technology. As we discussed in the wake of NeoCon 2017, there are already plenty of organizations creating products to harness embedded technology and improve the office user experience.

All this intelligence is based on data, of course. In 2015, we wrote for AIA’s Oculus about "Architecture in the Social Data Era." We also moderated the AIANY panel called “Data in the Built Environment - New Sources, New Strategies,” in which panelists touched on the many ways that spaces can now support and even anticipate the needs of their occupants.

That’s about all for this month. Need some workplace intelligence of your own? We’re always here. Send us your best robot and AI jokes!

This month, we spoke and wrote about sustainability as well as the role of public spaces in the urban and workplace experience. 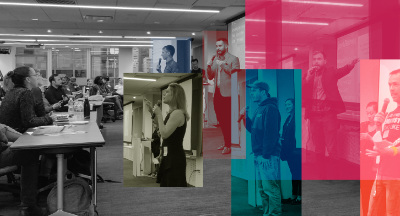 We spoke to HR professionals and leaders in the field of human performance about designing environments for diversity. 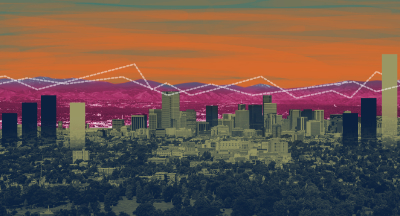 We traveled to Denver for the world's largest coworking (un)conference, now in its eighth year. 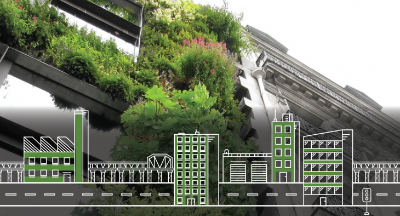 We wrote for Work Design Magazine about the changing nature of urban public spaces, and how it shapes workplace. 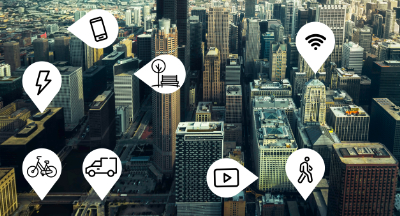 What Makes A City A Great Place To Work?

Following up on our session at this year’s WORKTECH NY, we shared thoughts on the co-evolution of tech, public space, work, and talent in NYC. 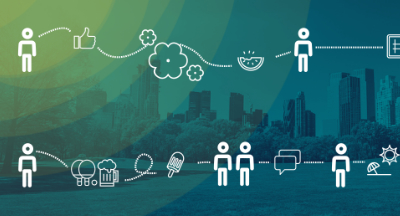 Industry leaders shared new technologies and construction practices for the creation of living buildings and a sustainable future. 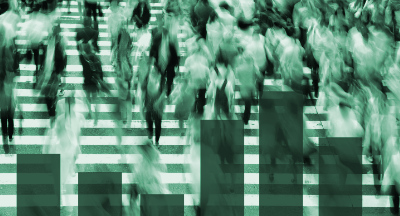 Data & Society hosted an enlightening talk on the state of accessibility and accountability in tech (video).

We’re always on the lookout for opportunities to learn more about people and the spaces they use. Here’s what’s on the docket for the next few weeks:

The Society for Human Resource Management hosts the largest HR conference in the world. Join them in Las Vegas, Jun 23-26.

Some of our favorite thought leaders gather to explore the future of work, focusing on people and technology. Hosted by Unwired on Jun 26.

Executives explore the economics and management of platform-centered markets and discuss their implications for managers, industry and governmental policy. Happening in Cambridge, Jul 12.