Where is everyone going?

Tracking the migration to meaningful work

The Purpose Economy has given way to the Great Resignation. How did we get here, and what does the workforce want? We parse it out in On Our Minds.

Prior to the pandemic, conversations about workplace culture sometimes centered around the “Purpose Economy”—a trend in which workers wanted careers that, more than integrating their values, outlined those values as their very end-goal. Companies that were able to articulate their purpose or reframe their goals through the lens of good citizenship were better able to attract top talent. Meanwhile MBA programs began to add social entrepreneurship tracks. B Corp certification was born, and growing community-oriented companies, such as Ben & Jerry’s, created acquisition contracts that attempted to protect their ideals. Rather than the 60s counterculture of “dropping out and tuning in,” millennials and Gen X-ers wanted to change the world from the inside. Or, as the millennial writer of a viral Buzzfeed essay put it, “We didn’t try to break the system... We tried to win it.”

Both Gen X-ers and Millennials attended college in record-numbers, becoming the most-educated generations to enter the workforce. But their recession-disrupted labor market no longer upheld the employee-employer social contract their parents and grandparents had enjoyed. Even if you were a salaried employee, you were no longer guaranteed healthcare or benefits. Most likely, there was no 401-K match, much less a pension to entice you to stay at the same company for decades. In addition to reduced benefits, salaries were lower and educational debt was way higher.

So, employees demanded compensation in another form. They wanted their jobs to have a higher purpose, to play a role in creating the world in which they wanted to live. It wasn’t enough to volunteer on weekends. Many young workers felt that leading with their ideals was a professional right, in part because they were spending more than 40 hours a week at the office. (In the years before and following the Great Recession, the “9-5 workday” disappeared. Being friends with co-workers was essential, if you weren’t making it home in time to have an outside social life.) Work became a vocation. While Greenpeace activists had scaled buildings, Earthjustice lawyers fought polluters in courtrooms.

In some ways, the need for a Purpose Economy was born of worker exploitation and was ripe for further exploitation. It’s much easier to justify not being compensated fairly or working long hours when you believe in the service or product you’re creating. But working long hours for the greater good, with limited individual gain, is also a recipe for burnout.

When the pandemic hit, purpose-obsessed workers as well as those simply working for a paycheck understood this imbalance. What they didn’t understand—what was almost impossible to imagine—was how much different their lives would be once they were able to structure their jobs on their own terms.

We’ve learned a lot during these pandemic years, about how things have been and how things could be. Prior to quarantine, scientists could run simulators showing what air quality would be if traffic were greatly reduced, but there was no way to test such theories until millions of people were forced to stay home. In the same way that hazy cities suddenly had clear air, a huge number of employees who dreamed of taking dog-walks instead of coffee breaks, skipping an hour-commute to sleep in, working in comfortable clothes instead of suits and heels, and avoiding racist graffiti in common spaces suddenly experienced, rather than pondered, a more relaxed, individually-scaled workday.

Now workers are being told they must return to the office, and many of them have decided their positions aren’t worth it, or maybe not purposeful enough. Rather than adjust their entire lives to accommodate unfulfilling jobs, they’re simply quitting. This brings us to what has been colloquially termed the Great Resignation. It’s the latest in a workplace shift that has been clarified and accelerated by the pandemic.

A surprisingly large number of companies seem incapable of making the return to the office compelling, and often, top-level execs underestimate how much employees value working remotely, at least some of the time. Nor do these leaders seem to understand what a poor fit traditional office culture has always been for many of their employees. Companies who force employees to choose between in-office work and resignation may be dismayed to find that work-life balance and workplace flexibility are widespread post-pandemic expectations and can’t be dealt with by simply trading current employees for new employees. We need a complete rethink of what the office has to offer (great design and amazing amenities won’t bring workers back, but it will keep them coming back) and a lot more comfort with a hybrid office model.

At its core, the Great Resignation is about out-of-touch employers undervaluing the needs and desires of their employees. This is punctuated by the unique demands of young workers, and the economic context of a long-lost social contract between employers and their workforce. However, other futures are possible...

Describing the Great Resignation as anti-ambition or anti-work is too simple; it’s more that employees want their company’s purposeful ethos to encompass not just the end-goal or product, but the entire work culture. Workers want more diverse, more respectful workplaces with better policies and great flexibility. They want persuasive and enticing reasons to return to the office and accommodations if they can’t or won’t. Mostly, they want work to be a component of their life, not the overwhelming majority of it.

During the pandemic we learned that we don’t want to “engage in the high-stress, low-stakes battles at work at the expense of sanity and personal time.” In a 2021 poll, both Millennials and Gen-Z workers say that an employer who cares about their well-being is more important than even ethical leadership. And Gen X workers often juggle the care of children and aging parents alongside careers, so they need managers who understand their situations.

For today’s savvy and extremely educated workers, virtue-signaling or the aestheticization of sustainability won’t get you far. Workers want employers who legitimately care about their employees’ well-being, as well as the well-being of the world at large. Workers demand both genuine purpose as well as thoughtful investment from their employers. The Great Resignation is in many ways about the collapse of both. Successful companies will have to focus on both, rather than, one or the other in order to connect with the best talent.

Last spring we were thinking about the new “elastic” office and how commercial real estate needs are changing. In March of 2020, when we were just beginning to deal with remote work on a massive scale, we offered tips on using self-quantification to help you better understand how you work and how you want to work. Three years ago, we were talking about employee experience—a conversation that resonates today, as employers grapple with bringing employees back (willingly!) to the office.

And on that note, we’re signing off on the traditional “9-5” workday forever. Cheers to Dolly’s ever-impressive insight and the future-is-nowness of this moment!

February is the shortest month of the year, so maybe you didn’t find time for all the things, but you still want to know about all the things. Luckily, we’ve made you a little cheat sheet. 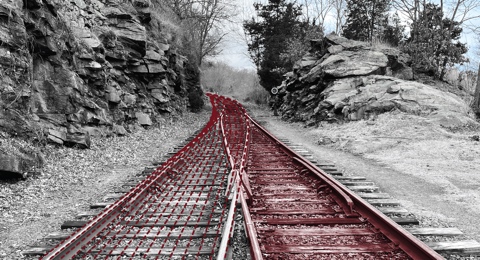 How to Change Careers

The first in a five-part series, MIT CNY’s “Shifting Tracks” panel covered virtual networking, risk versus reward, and the role of experience vs education. 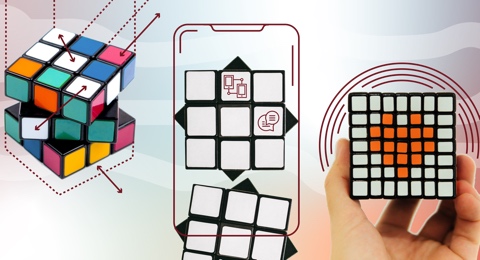 Heading back to the office? PLASTARC offers ten strategies for fostering communication and workplace culture, whether you’re working in-office, hybrid or remote. 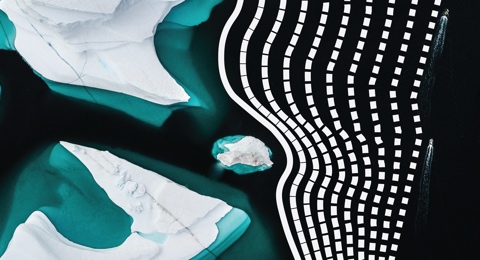 How can architects and planning professionals contribute to climate justice through design and location choices? Various players weigh in. 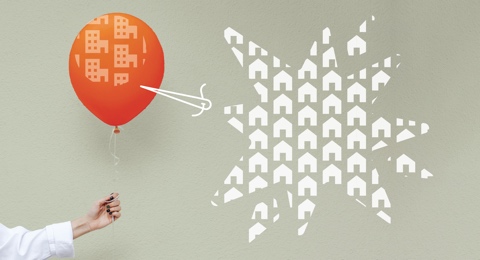 The Purpose Economy has given way to the Great Resignation. How did we get here, and what does the workforce want? We parse it out in On Our Minds.

Curious About the Future of Work?

Columbia’s annual Brite Conference is back, this year with a focus on innovation and technology in branding. Online April 20.

As we shift to hybrid models, we need to rethink office space. This conference offers design professionals and facility managers a starting point. Online March 24.

Attendees examine racial and power dynamics in design and learn how we can encourage conversations across differences, in the quest for more equitable approaches. Online March 24.

Looking for a way to connect with others and make an important contribution from anywhere in the world? Join a board! MITArchA serves all of those who love design and the built world and hail from MIT.