From good to bad in half a century...

We’ll need to be more plastic, if we want less plastic

These days, plastic is most widely used as a noun. It’s made from fossil fuel byproducts and, as the most common material in manufacturing, it’s also become the most abundant trash in our oceans and the most common non-biodegradable litter in our landfills. Plastics take hundreds of years to even partially degrade and may never completely break down. Before it was used as a noun, plastic was an adjective, meaning “able to be molded.” We expect that we’re all going to have to become more plastic in order to solve our plastic problem. Read more, in On Our Minds.

Our name, PLASTARC, is a portmanteau for “plastic architecture.” We don’t mean architecture made of plastic, though that exists. Our brains are plastic, meaning we have the ability to change as we learn new things. One of our core tenants is that architecture shouldn’t be precious or elitist. It should be accessible, inviting, flexible, dynamic, versatile, and highly usable. We want to make workspaces better, and to do that, we must be more plastic—incorporating innovative ideas and new information.

When we think of “plastic,” a particular aesthetic comes to mind. That aesthetic can be incredibly fun. In fact, it’s the impetus behind the anti-minimalist trend of cluttercore. A “plastic aesthetic” is less about the actual material used and more about exuberance, bright colors, clashing patterns, and a vibrant jumble of identity-signaling ephemera that celebrates individuality in all its messy glory. It’s fearless and fluid, unpretentious, “lived-in” and maybe somewhat reminiscent of our teenage bedrooms.

And plastic, in all its forms, offers a great example of our human tendency towards nonlinearity. After all, we gave a flexible material a name that means “to change,” but ironically, many plastic products will barely change over many, many years. Most plastic products are ubiquitous and forever.

In its simplest form, nonlinearity is a relationship where there’s not a straight line between a dependent and independent variable. It often looks like taking actions that actually contradict a stated goal.

We say we want to “declutter,” but even during the pandemic, we’ve bought more stuff. And in some uncomfortable way, our stuff is cherished and “American.” It signifies our status and values and is irrevocably linked with capitalism, the bedrock of our economy. Meanwhile, perpetuating consumerism directly contrasts our growing objective to halt the environmental degradation that consumerism perpetuates.

We say we want sustainability, but we’re not willing to buy or travel less or spend more to have it. We say we want one thing, but our behavior demonstrates that we actually want something else. Non-linearity also trips us up in business practices, where we tend to miscalculate the relationship between price, volume and profit margin. Our brains seek linear connections, so our intuitive response is often to over-simplify complexity, leading us to make ineffective decisions.

One of our approaches at PLASTARC is finding ways to shift situations from subjective to objective. If everyone can’t agree on the current state of things—often because we each have a linear view, beginning from our particular perspective—then we’re not prepared to talk about the future, or to change.

We like John Kotter's directive to create a “burning platform.” People only actively change when they see a reason to change, and often it’s hard for people with different roles—some of whom are being served by status quo—to agree on a need for change. PLASTARC uses qualitative data collected from a diversity of perspectives to help clients identify this “burning platform.”

Things are always changing, whether or not we think they need to. But without innovation and direct action, the change is passive, and may, but most likely won’t, happen in a way that best serves your organization. With the status quo, there’s an incongruity between actual change versus the rate of change. For example, most office chairs have a 12-year warranty, but many leases are only 5-10 years. What happens to those old chairs when those leases expire? Shouldn’t the expiration date on those chairs and the offices where they’re used be on a parallel timeline—especially when many companies won’t even see their tenth anniversary?

Humans are natural problem-solvers, adept at finding “off-label” uses for common items. In our day-to-day lives, we exhibit design plasticity, transferring items from one use to another to fit our changing needs. But on a larger scale and with larger budgets, we often don’t bother.

We should. According to the EPA, less than 20% of furniture is recycled, and furniture accounts for about seven percent of our landfill waste. Our de-acquisition practices have to change. This could be accomplished through better material choice, through furniture that can be put together in different configurations to serve various uses, through equipment that’s more affordable to repair than to replace, through renovation rather than new builds, through leasing rather than purchasing, and through a number of other creative options. For example, we have the technology to make biodegradable furniture, so why don’t we have biodegradable furniture? And why don’t we make all single use or short-term plastic products out of biodegradable plastic, including bigger-ticket items that are often trashed while they’re still useful, like plastic office chairs?

Fortunately, we’ve been refining our ideas on change management for nearly a decade (PLASTARC’s 10th anniversary is coming up this fall!). Our goal is to create more synchronized, less wasteful workplaces. We do this by creating that burning platform, then ensuring that everyone is communicating from a place of empathy and compassion. (We’ll talk more about the almost lost art of conversation in a future newsletter.)

Finally, we encourage piloting, or practicing the future condition before (or in order to determine if) that condition becomes policy. Even more than practice makes perfect, practice makes habit. And habit is no longer aspirational—it’s real change.

Two years ago this month, we were already beginning to think about what the “new workplace normal” might look like. In May of 2019, we just wanted to play (and work!) outside. A year before that, we were pushing sustainability, diversity, and other pillars of a desirable workplace.

We’ll leave you with The Age of Plastic, this 1980 debut album from the English New Wave band The Buggles. Be more plastic, and use less!

Last month we talked about living, working, and playing from exactly where we want. But sometimes we want to be two places at once, and since that’s not possible, we occasionally miss things. So, cheers to playing catch-up! 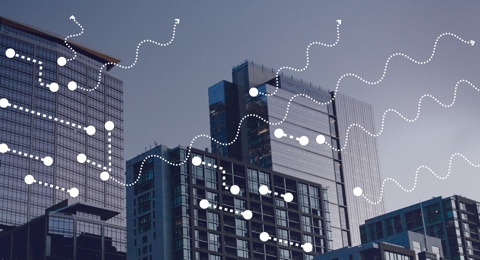 What’s Next for Commercial Real Estate?

PLASTARC weighed in on a recent panel hosted by NJIT, examining how data helps us discover changing needs in commercial real estate. 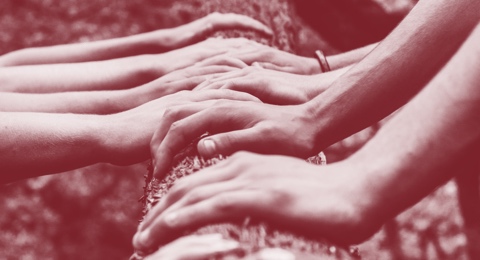 If you missed our presentation last month’s 100% Human at Work Gathering, check out this blog and video links to the talks, which covered everything from diversifying leadership to supporting immigrants. 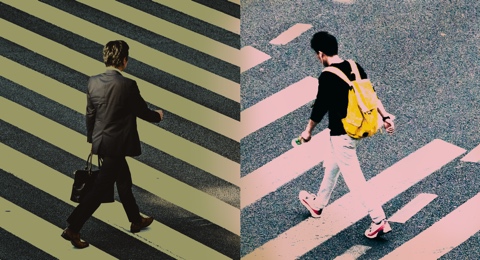 The American worker is in a very different place than in early-2020. Corporate leaders who urge us to “get back to normal” are missing the big picture: there is no more “normal.” 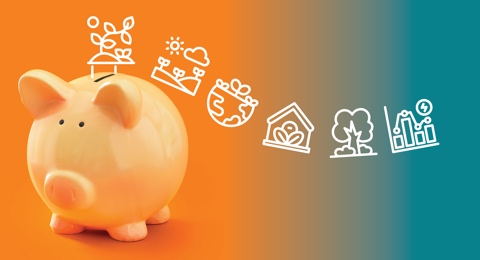 Spring and summer schedules are filling up fast! Here are some events you might want to squeeze in.

We’ll be at AIA’s national convention, presenting on architecture’s role in making safer communities for everyone, regardless of gender and race. Join us in Chicago and virtually, June 22-25.

Activists help design professionals understand the role spatial practice plays in systemic injustice, and how architecture and design can catalyze change. Happening in New York May 31.

But do sell yourself! Learn how, in this self-branding workshop with guru Rich Keller. Happening online, May 25.

We all benefit when we’re exposed to a variety of perspectives, and the design industry is no exception. Join the Diversity in Design leadership conference. Happening in Baltimore, May 25-26.

Think you’ve got a great commercial real estate solution? Put your skills to the test in this CoreNet sponsored competition for grad and undergrad students. Register by Sept. 15.