We Honor Women Who Build

March is Women’s History Month—not that we needed anyone to remind us! Our lives have been shaped by the work and ideas of so many women that we couldn't possibly fit them all in a single newsletter. Yet, try we must! In this month’s "On Our Minds…" the PLASTARC team celebrates a few of our heroes in architecture, science, and beyond. Do scroll on!

March is Women’s History Month, and we’re taking the opportunity to salute the many women who help make the built environment better every day. Inspired by the nascent potential of our Missing 32%, we're constantly on the lookout for women making a difference in architecture, from ground-breakers like Norma Merrick Sklarek—designer of LAX Terminal 1 and the US embassy in Tokyo, and the first African American woman to be elected a fellow of AIA, to Marion Mahony Griffin—one of the first women to be licensed as an architect, the planner of Australia’s capital city of Canberra. A tip-o’-the-hat is also owed to Ada Lovelace, who was writing and theorizing about general purpose computing way back in 1843—move over Alan Turing! Our offices wouldn't be the same without the many talents of Florence Knoll or Rae Eames. And who could forget Jane Jacobs, whose battle royale with Robert Moses inspired what has to be the first and only opera about urban-planning?

As we celebrate these women who made history, we’re giving a shout-out to the present-day pioneers whose work has directly shaped our own. Many of these contemporary innovators are forging hybrid paths between or across disciplines.

Our bodies, our buildings

Wellness and how it is impacted by design is a big part of what we do at PLASTARC—and that’s no accident. We first got to know Judith Heerwagen, an environmental psychologist par excellence, several years ago. She literally wrote the book on one of our favorite new paradigms, the increasingly popular, biophilic design. After a decade of private practice in sustainable design consulting, Heerwagen now works with our friends at GSA advising the federal government on High Performance Green Buildings, advocating for topics from multisensory design to circadian lighting. We were thrilled to join her on a panel at Future Offices 2017 alongside our friends from Comfy.

The multifaceted work of Galen Cranz, Professor of Architecture at UC Berkeley, is a steady source of inspiration. Mindful of both the importance of nature (she has written extensively on the social role of urban parks), and the nature of our own bodies (she is a certified teacher of the Alexander Technique), she has been feted multiple times by Environmental Design Research Association (EDRA). Even more motivating, Cranz practices what she preaches and can often be found standing-up or even lying-down at conferences when chairs or seating are inadequate.

Learning how we (and computers) learn

From our view, one of the most exciting developments of recent years has been computational design. Terry Knight, who teaches at MIT, is investigating a fundamental question of the field: how do you teach a computer to build? The answer, it seems, is to play with blocks. Students in her courses go back to basics to talk about the syntax of spaces and the grammar of shapes. The relationship between spaces and their characteristics can be deconstructed in the same way that we can diagram a sentence. These principles can then be used to create a logic of design. If the near future should feature an AI of creating buildings, we’re willing to bet some of her work will be at its core.

Also bridging the gap from human to machine intelligence, and shedding light on how peopl interact, is Karen Stephenson, is one of our favorite thought leaders in social network analysis. Originally a student of physics, she was among the first to use particles and relationships between microscopic objects to model social relationships. Stephenson has worked on social mapping projects from organized crime and terrorism to epidemiology. Thankfullly, she's also demonstrated a variety of ways to apply these concepts to the workplace and architecture.

Designing business and the business of design

What is inside the mind of a builder? Peggy Deamer, Assistant Dean at Yale and former head of the Barnard/Columbia Department of Architecture, has some idea. Her PhD examined the psychology of architecture. She has also been a strong voice for more social equity in the design and constructions fields; she co-founded The Architecture Lobby, a group that addresses unionization, compensation, and equity. Deamer also works with the Beverly Willis Architecture Foundation, which advocates on behalf of women in the design and construction industries.

When our founder, Melissa Marsh, was making her way through MIT Architecture, some the most influential lessons came from outside the field. Professor Diane Burton taught a class about designing entrepreneurial organizations, which demostrated the many intersections between shaping a business and a building. After serving as inspiration for the thesis, "Design for achieving strategic business objectives", that realization became foundational to PLASTARC’s work. We revisited the topic not so long ago.

Buildings are for people

We think that spaces should adapt to their occupants—not the other way around. That’s one of the reasons PLASTARC Design Analyst Varis Niwatsakul admires the work of Liz Sanders. The founder of MakeTools, Sanders is a pioneer in applied design research. Many of the tools, techniques and methods being used in human-centered design and design thinking today can be attributed to her. Not a designer by trade, her background is in experimental psychology and anthropology. She is also the co-author of Convivial Toolbox, a practical how-to guide for anyone interested in generative design research.

When it comes to understanding the human side of workplace, Sarah Wilen, a Sociospatial Analyst with PLASTARC, thought you should know about the work of Mollie West Duffy. A lead organizational designer at IDEO, she recently co-authored and published a book, No Hard Feelings, which examines the positive role that emotions can play in the workplace. It’s a direct challenge to the old-school notion that we should all check our feelings at the door. We’re big believers in encouraging people to

This time last year, we were heading to the Wharton People Analytics Conference—where we would win "Most Innovative Use of Data" in the startup competition. Our award-winning pitch was captured on video.

Go back to 2015, and we were writing for Work Design Magazine about the budding field of Neuro-Architecture. From the neurological processes that shape the experience of the built environment to the workings of the mind of the original designer, this is fascinating stuff. We also talk a bit about neuromorphic architecture, which exists at the intersection of biophilic design and smart buildings.

In honor of all the brave women who paved the way, we’ll leave you with this great short film from the wizards at Pixar. Now, we’d love to hear from you—who are some women you admire?

This month saw the introduction of a major new prize in design, some excellent reads, and great news for a couple of our colleagues—plus the chance to BE one. Here’s the buzz: 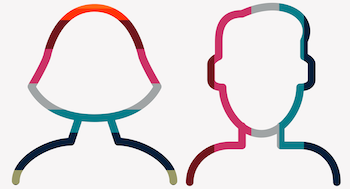 Do you love the thought of using the latest in research and technology to improve the workplace experience? We want you on our team! 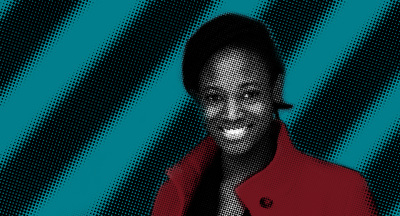 PLASTARC welcomes our newest team member, Marielle, whose expertise in interior design and workplace culture is already being put to good use! 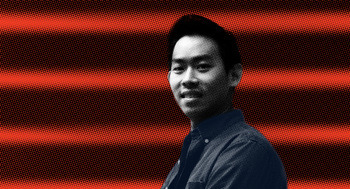 A hearty congratulations to our own Varis Niwatsakul, who secured his artist’s visa. That makes it official—he now has the same cultural value as Justin Bieber! 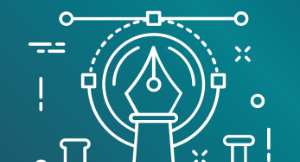 In honor of the visionary developer and philanthropist, this $100K prize promotes innovative urban design ideas that improve the environment and quality of life. 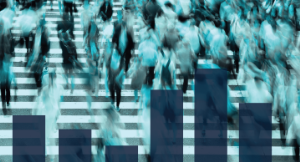 This interesting read from State of Place asks why it is so rare for urban design and mobility to be discussed at the same time. 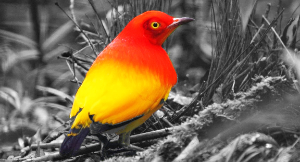 The budding field of neuroaesthetics looks at the biological basis for the perception of beauty. What does it mean for design?

This month, we’re hitting the road to talk about a few of our favorite topics—people, data, and coworking. Maybe we’ll see you at one of these?

As longtime fans of DisruptCRE, we’re looking forward to hearing from thought leaders in commercial real estate about technology in the industry. See you on Mar. 28 in New York. #femaleorganizer

After winning “Most Innovative Use of Data” at last year’s WPAC, we’re excited to be back with industry leaders and academic experts who use data to maximize human performance. Join us Apr. 4-5 in Philadelphia.

MIT at 150: Turning Points in Architecture, Design and Research

Featuring faculty-presented tours and research, this two day symposium caps a year-long celebration of 150 years of architecture at MIT. Hosted by MITArchA in Boston, Apr. 12-13.