Need some “me” time?

Your best place to relax might be the office

Home, as they say, is where the heart is. For a lot of us, it’s also where the gym is, where the school is, where the entertainment is, where the office is and (if you can cook) where the restaurant is. In this month’s “On Our Minds…”, we’re taking a renewed look at what it takes to integrate work and life.

The term “staycation” earns some cynical mockery by way of what is implied; we’re all so busy and stressed that the idea of just doing nothing and going nowhere feels comparatively blissful. Yet, buried within is a kernel of truth—recharging is not just about Mai Tai’s on a beach somewhere. Let’s take a few deep breaths and consider how work and life might fit together a little better.

The past year has seen a profound shift in what people once called work-life balance. (We often talk about work-life integration as a better way to frame it, but the current status quo isn’t quite what we had in mind.) Home was a pretty busy place for families even before COVID turned every place into a school/office/restaurant/workshop. The shift to long-term telework has brought a churn of constant activity to homes while office buildings sit mostly empty. All that hubbub can make it tough not just to relax, but even to concentrate.

Recently, those in search of a getaway have turned to digital means. They’re using Zoom backgrounds of tropical locales (or the bridge of a Star Destroyer). They’re going on virtual tours of far-off destinations. But if you’re looking for a retreat IRL, may we suggest... the office?

This is, admittedly, not how many workplaces were designed. But perhaps they could be. Since its traditional role as a center of collaboration is somewhat undermined by unpredictability—you might not know which colleagues will be there—there is an opportunity to rethink the role of physical offices in our work lives.

Since we started hosting webinars to support people and organizations in navigating the challenges of the pandemic, we’ve been asking folks what they might want to see at work in the “after” times. We’ve consistently seen that spaces for concentration—free of outside distractions—are among those most in demand.

We’d be willing to bet there are a lot of people already doing this under the radar, sneaking in on Sunday afternoons for a few hours of solitude to get some heads-down focus—or just literally put their heads down!

One of the pain points of work-life balance, has in fact been the social demand for work-life separation. There has long been an unspoken (or even spoken) rule that all of those things that are not directly related to work get checked at the door. Many of the rituals of work are intended to make that happen: putting on uniforms or suits so twe look like everyone else at the company—and less like ourselves. Women and parents of young children have been well aware of this facade for a long time, but it continued nonetheless. It’s more important than ever that we ditch these old ways of thinking about our colleagues and ourselves and encourage people to bring their whole selves to work.

It turns out that having work that integrates with the rest of one’s life is kind of important (who knew?!). Some employers seem to have learned the wrong lessons from the rise of the gig economy, in which people choose (or are forced to avail themselves) of the flexibility to do contract work in part because so-called normal jobs don’t fit into their lives. Maybe they work best at night, or are caring for a relative at regular intervals, or maybe they are going to college during the day.

The pandemic has brought renewed urgency to these conversations in the business press and has also lowered cultural barriers that often left people struggling in silence. For instance, it’s a lot harder to ignore or minimize a colleague’s family obligations when members of their family are visible on camera.

One positive thing to come out of the extrnsive shift in workplace practices has been the universality of this experience. We’ve been figuring out how to work sustainably while managing the rest of their lives. This knowledge will remain even after the pandemic has passed, and there will be some newly formed habits that people want to keep. The upshot of this experience is likely to be accelerated movement toward new models of work and place, including population shifts to secondary and tertiary cities, live/work models that we haven't seen in decades, and growth in suburban coworking (finally).

On the other hand, we’re also finding the limits of that integration. As neurosurgeon Sanjay Gupta recently shared in an interview, multitasking is not really a thing. Or, at least, not in the way we tend to conceive it. Many people can work on a spreadsheet while on an exercise bike, but not while on a conference call or entertaining a child.

When we attempt more than one cognitively-demanding task at a time, our performance on both suffers. But now that people have had a chance to learn more about what tasks are compatible with each other, let’s support them! If folks can fold laundry during a Zoom call without any impact on performance, why shouldn’t they be given that option? They may even come to demand it.

Somewhere in this space is where the opportunity lies from a workplace strategy perspective. We expect the next generation of workplaces to provide both more support for collaboration, and for relaxation, through both spaces and services. Programming, policy, and the design of spaces all have a role to play. How can design support you in recombining life and work to make both better?

Around this time in 2019, we were celebrating with our friends at lululemon as they opened their Store Support Center in Seattle, where we contributed to their efforts, enabling a uniquely flexible office.

A year prior, we published what has proven to be one of our most popular articles, The 4 P’s of Workplace Mental Health. As we all look toward a future of work that looks quite different from just a couple of years ago, it may be a good time to take a fresh look.

That’s it for this month. We’re curious though: how do you recharge? Drop us a line to share all your best work-life integration tips, or at least your favorite Zoom background. Until then, we’ll be on a musical vacay with the psychedelic jams of Khruangbin.

We’re always working on new ways to make workplaces better. Here are a few of our most recent contributions. 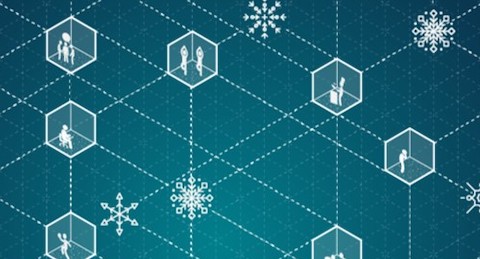 Sharing our warmest wishes for the new year and looking forward to seeing folks (virtually or otherwise) in 2021! 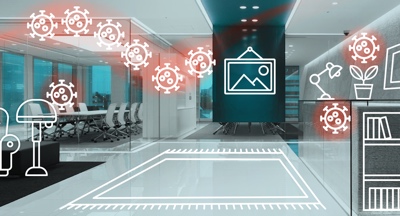 We responded to last year’s events by redoubling our commitment to sharing what we’ve learned about workplace. Here’s what we covered. 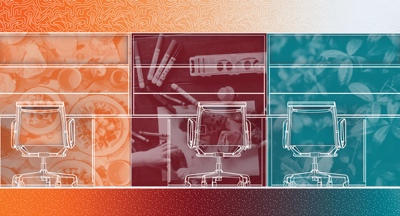 While 2020 brought a lot of challenges, there were some workplace changes that should stick. 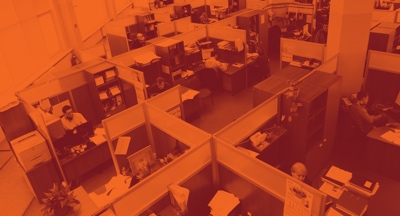 We spoke to friends at No Jitter about the workplace landscape in the year to come, and what we'd learned in 2020. 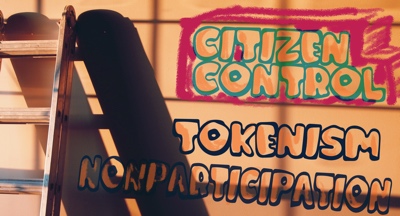 Researchers discussed the use of their findings to support equity and justice in the built environment. 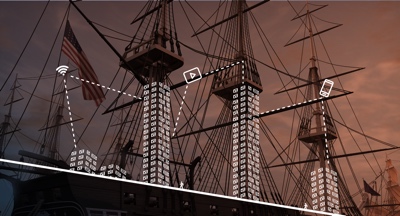 Our Work at Charlestown Navy Yard

Back in 2018, we supported National Parks Boston in reimagining this landmark, home to Old Ironsides.

The start of a new year is a great time to take stock and focus on what’s important. In 2021, you’ll find us learning and sharing all we see in the future of work.

Members of this year’s cohort meet mentors that will coach them in developing projects, coming up on Feb. 3.

City on a Mission: Proximity City

With pervasive telework here to stay, organizations need ways to spread culture thought the ether. Discuss how in our next webinar, Feb. 11.

Worktech hosts this virtual conference to explore how new technologies are shaping the world of work. Starting Feb. 24-25.

We invite experts to discuss these complimentary, yet distinct, approaches to workplace. Coming up Mar. 11.